The couple, both in their mid-30s, have no intention of uprooting their lives in Bologna or their small office services business there. They just wanted to end their marriage.

“A classic divorce takes too much time if you want to reprogram your life and start fresh,” said the husband, who insisted on anonymity.

An Italian divorce takes years. By December, the couple hopes, seven months after their trip to Romania, they will be legally divorced.

They are part of what officials and lawyers say is the growing number of Italians who circumvent the lengthy and often costly Italian divorce process by taking advantage of European Union legislation that recognizes divorce granted in any member state.

After obtaining foreign residency, they can in most cases file for divorce after six months, bypassing Italy’s mandatory three-year legal separation. Romania, in particular, has become a destination of choice for divorce tourists, according to people who work in the business, who say it is quick, inexpensive and seemingly flexible about residency formalities.

“It was easy,” the husband from Bologna said. “I just signed.”

The number of Italians who divorce abroad is hard to gauge. Italy keeps no running total.

Gian Ettore Gassani, president of the Italian Academy of Matrimonial Lawyers, said there has been a steady increase in Italians divorcing abroad in recent years, which he describes as “a defeat of the Italian justice system.” His association estimates that at least 8,000 couples have obtained a foreign divorce in the last five years, though he admitted the evidence was anecdotal.

He also points out that declaring a false residency can be illegal. “It’s also a crime to bring money abroad but people do it,” he said. “It’s up to the foreign judge to verify residencies and then each country has different laws.”

But Italy’s notoriously complicated divorce laws and the ease and reciprocity of divorce elsewhere in Europe have clearly created a niche industry.

“It’s true that we’re seeing offices offering such services opening up,” said Diego Sabatinelli, secretary for the Italian League for Quick Divorce, an association affiliated with the Radical Party, which was instrumental in legalizing divorce in Italy in 1970. “If there is a market, there is a need.”

His association has been lobbying Parliament to do away with the three-year separation period, which was originally intended as a period of forced reflection and possibly reconsideration. The period had been five years until it was shortened in 1987, but factoring in the legal process, it still usually takes at least four years.

If the split is not consensual, it can easily take 10.

Mr. Sabatinelli called the separation period “a crackpot compromise” to appease the Vatican, which wields considerable influence in this mostly Catholic country. The church does not recognize divorce, although it does allow annulments.

Spain, France and Britain are also divorce destinations, but Romania is known as cheaper and easier. The company that arranged the Bologna couple’s divorce, Divorzio Comodo, meaning “easy divorce,” offers all-inclusive Romanian quickie divorces, including airfare, starting at about $5,000.

“Prices vary depending on the country, but basically you’re buying the same eggplant,” said an agent of Divorzio Comodo, who did not want to be identified.

“It’s a fast and cheap solution,” he said. In Italy, he said, “if things go well it can take a couple five years to divorce, but if things go badly a divorce suit becomes bottomless money pit, all to the advantage of lawyers.” 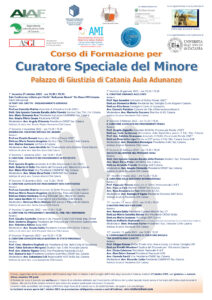